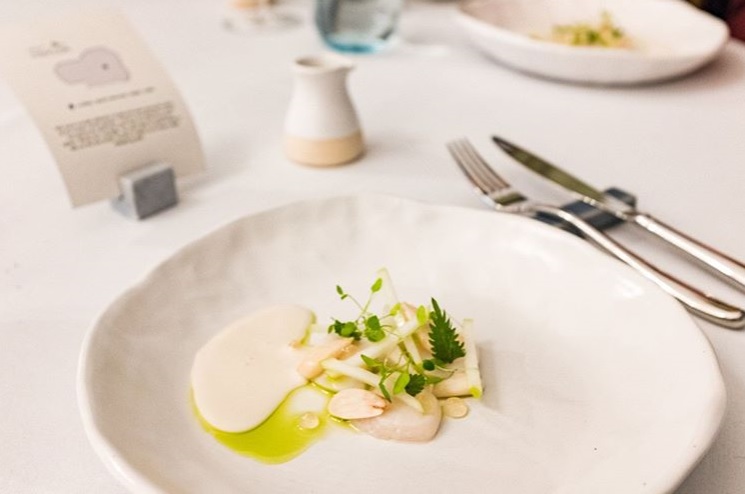 In February 2018, we were contacted by Gareth Fagg of London Catering and Hygiene who wanted to bring his client for a visit. Jean Delport, Executive Chef at Leonardslee Gardens, was looking for unique and bespoke tableware for the estate’s new restaurant, Interlude, which would be opening in October 2018.

Jean’s vision was to incorporate as much of the estate’s surroundings into his menu as possible. He wanted to bring the essence of the beautiful grade 1 listed gardens inside – and everything from the ingredients to the tableware it would be served on had to reflect that. The tableware needed to complement the environment in which the new restaurant would be set.

Some of Jean’s menu ideas required unusual, bespoke and quirky tableware designs, which we were more than happy to accommodate. 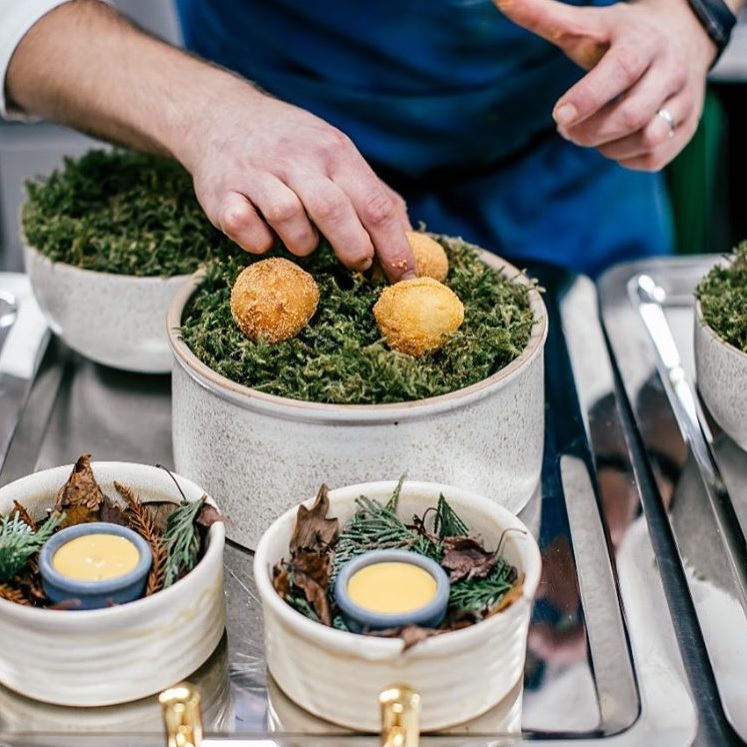 In February 2018, Jean paid a visit to the pottery with Gareth Fagg of London Catering and Hygiene. During the visit we discussed their exact requirements and, in our showroom, gave Jean the opportunity to pull together a selection of shapes and glazes he liked. It also gave Jean the opportunity to speak with our production team to discuss the viability of his ideas for the more bespoke pieces.

Armed with the brief and their excellent knowledge of product combinations, our sales team were able to advise on the most appropriate shapes and glazes to complement the setting of Interlude. And, by the end of the visit, Jean had chosen a selection of our irregular shaped plates and bowls (product codes HR8, 842, 249, 200W, 224, 238, 831, 832, 833, 47W), small dip dishes (product codes NO7, 322, 231, MDPOT1) and paddles (product code 540) which would be used to serve their delicious homemade butters.

He had also chosen a selection of large hand thrown pots, which would be used for the Leonardslee gardeners to grow moss in and serve food on for the tasting menu. And, after a discussion with our production team, finalised an idea for some large bespoke eggs and bespoke cutlery rests – the most important part of the tableware collection for Jean.

To complement the beautiful grade 1 listed gardens in which the new restaurant would be set, and based on some guidance and advice from our sales team, Jean opted for a very neutral colour palette which was not only sympathetic to surroundings, but which would act as clean backdrop to allow his food to stand out.

Taus White, Triticale and Granite were the chosen glazes; with some pieces also featuring and unglazed edge to reinforce the natural, organic feel the team were trying to achieve.

To ensure Jean was happy with his choices, he took a series of samples, including our volcanic glaze, to see how it would hold up in a commercial kitchen. As a follow up, we also sent Jean some bespoke samples to ensure they were what he was looking for and that they suited the environment of the new restaurant.

Subsequently, Jean was happy with the samples and placed an order which consisted of a mix of bespoke and standard range products. 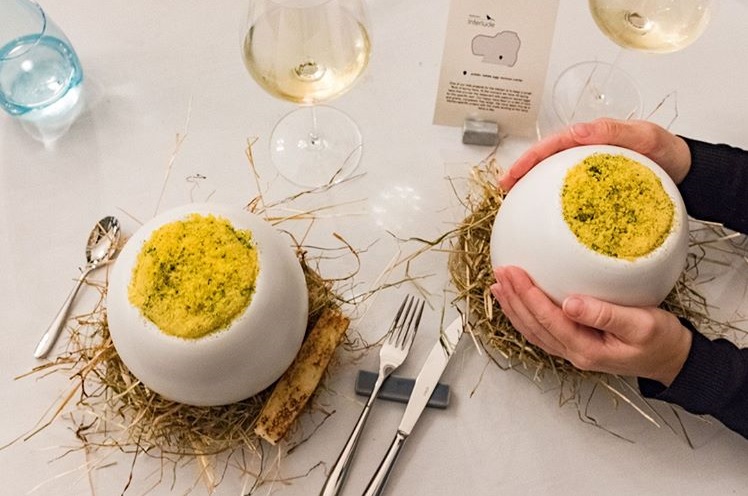