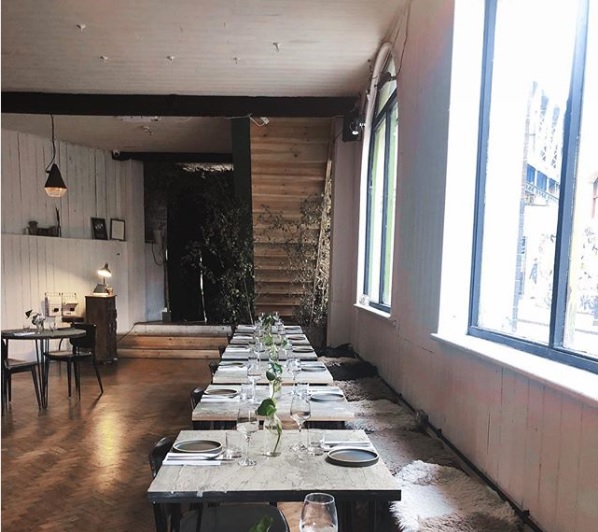 Owners of Native, Imogen and Ivan were looking to source tableware after settling in to their new restaurant site in Southwark Street, London.

Native’s focus is to provide guests with the UK’s finest wild food; offering the country’s best foraged foods and game. The tableware had to keep up with the demand of an ever-changing menu as well as complement the restaurants décor. It was essential to Imogen and Ivan that the crockery was UK made to fit in with the values of the restaurant.

During a visit in November 2018, Imogen and Ivan selected a range of eight shapes, both regular and irregular designs were chosen; It was important to have symmetry for the table settings but more natural, organic shapes to complement the food. A combination of coloured glazes were chosen from earthy green tones in Jasper and Green Verdigris to the clean, bright lines of Soho. Samples and a tailored pricelist were taken away and a few days later an order was placed.

The resulting tableware looks fantastic in the restaurant and we look forward to working with the team from Native again in the future.

Blue Murano has now launched on our website, you c

We had the pleasure of working with the wonderful

Wishing all our wonderful customers a very Merry C

Read our latest blog post on how we worked with No

We’re obsessed with this combination of Sienna a

How delicious do these bar snacks from @publiq.lon

We’ll be exhibiting at @restaurantshow 2021 from

Wheat has now launched on our website, you can now

A behind the scenes look at how we create the besp